Why measuring your BMI is BS Did you know that the Body Mass Index (BMI) was never meant to be a proxy for health?

It was created in the 1830s by a Belgian mathematician named Adolphe Quetelet as a way of looking at trends in populations – not people! However, in the 1970s researchers began using it to categorize health and weight status in individuals, a way it was never intended to be used, and never looked back. .

The Centers for Disease Control and Prevention (CDC) has been using the BMI to categorize weight into pathologizing terms like “overweight” and “obese” for decades. In true fear mongering fashion, we are also led to believe that if we don’t start micromanaging our bodies, we will all face certain health despair and end up in the “dreaded” “obese” category.

What the fear mongerers fail to reveal when discussing changes in BMI patterns is that the cutoffs have changed! In 1998, the BMI chart had only 3 categories: “underweight, “normal,” and “overweight.” There are now 4 categories with more stringent cutoff points (e.g., a BMI of 27 before 1998 was considered “normal,” but is now considered “overweight”). Thus, comparing pre-1998 BMIs to post-1998 BMIs is essentially pointless.

Why the change in cutoffs?

Good question! A panel of 9 medical experts chosen by the National Institutes of Health (8 of which had financial ties to the weight loss industry!!) voted to lower the cutoffs. Yet, the research did not support lowering the cutoffs. In fact, the research supported raising the cutoff as an association between BMI and mortality was not found until the BMI was >40 (yet the cutoff was set at 25 for “overweight” and 30 for “obese”).

BMI aside, Americans have gotten heavier over time, but they have also gotten taller and these changes actually leveled off in 2000. More importantly, there are no wrong body sizes as BMI purports with it’s labels. .

One’s body size is a result of a myriad of factors beyond just how much we eat and move, including genetics, dieting history, environmental exposures, stress, gut bacteria, food security, and sleep patterns. .

So the next time a clinician mentions your BMI, just ignore it.  It’s not an accurate indication of health. 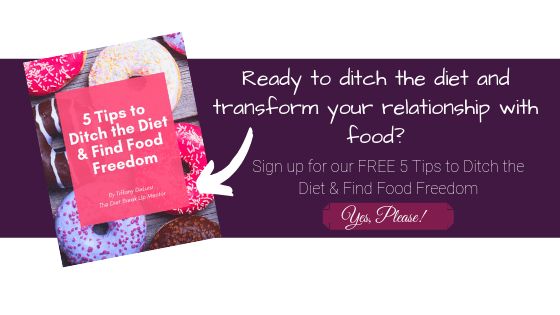 Lady, I want you to believe in yourself!

© 2018 Fit and Fabulous with Tiffany, LLC. All rights reserved